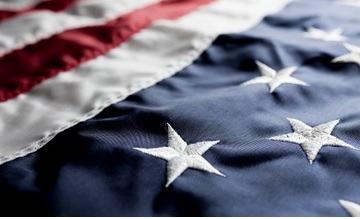 Ian Copelin, Investment Director comments “Overnight financial markets fell heavily as it became clear that Donald Trump (Republican) would become the 45th US President in a Brexit style upset and stunning repudiation of the political establishment, thanks to victories in states that were considered safe by the Democrats (Hilary Clinton) such as Wisconsin and Pennsylvania.

Consequently, it was another exciting night for financial markets – at one point, futures suggested the US Dow Jones index would fall around 800 points (over 4%), while the FTSE-100 future was down around 350 points (around 5%).  Elsewhere, in Japan the Nikkei 225 closed down 5.36% and the Mexican peso fell over 10%, breaking through 20 per US dollar, while ‘safe havens’ such as gold climbed over $60 (4.8%).

However, the sell-off quickly lost momentum once Donald Trump started to deliver his victory speech.  He acknowledged that it was a very bitter and personal campaign and clearly tried to strike a conciliatory note by pledging to unite the country by asking his opponents to work with him to heal the country’s divisions.  There was no repeat of the many outrageous and headline grabbing election pledges, suggesting that few (if any) would actually turn into policy.  Instead his victory speech pledged to fix inner cities and invest in infrastructure (and given the Republicans now control both the Senate and the House, it will make it easier for them to implement fiscal stimulus and help buoy the economy).

Whilst there is still a lot to digest regarding the impact on international trade (trade protectionism?) and the US economy (such as, will the US Federal Reserve Bank now hold-off their previously flagged December 2016 interest rate increase or increase at a faster rate in 2017/18 due to fiscal stimulus?), this morning’s market reaction has been very similar to that of 24 June following the Brexit vote:  after an initial sharp, knee-jerk sell-off, markets have rallied strongly.  For example, the FTSE-100, which as stated above, was at 5am this morning, expected to open down around 350 points, actually opened at 8am down 146.8 points (or 2.15%) at 6,696.33.  This rally has continued to strengthen and as I write, the FTSE-100 is now up on the day at 6,850!”