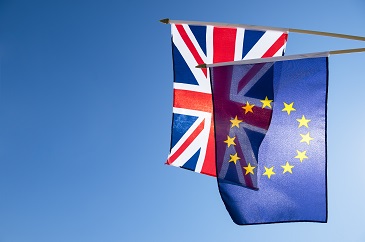 Ian Copelin, Investment Director comments “The initial shock of the UK’s ‘Leave’ vote has eased and is moving towards acceptance and everyday considerations.

As a result, the negative reaction and indiscriminate selling due to the unknown economic implications and political uncertainty (due to the subsequent resignation of David Cameron) we saw last Friday and at the start of this week, has been replaced with plenty of bullish sentiment.

At the time of writing, the FTSE-100 is currently trading at 6,390 – 52 points higher than the level the index closed at on the day of the EU Referendum, before the results were known and when the market was confidently expecting a ‘Remain’ result!

While a Brexit from a 43 year-old union promises to be a long-drawn-out undertaking, the FTSE-100 is being supported by the devaluation of the pound (which inflates overseas earnings and improves the export competitiveness of UK companies), coupled with the fact that central banks from around the world have made it clear they are willing to add further monetary stimulus if needed.

Interest rate rises in the UK, US and Europe are now a distant prospect.  The Bank of England (BoE) will probably quickly cut interest rates (potentially to zero) and restart its quantitative easing (QE) programme.  In the US, the Federal Reserve Bank (Fed) was widely-expected to increase interest rates in July, but given the Brexit uncertainty it would not surprise me if the next time the Fed increases interest rates is mid-to-late 2017 or early 2018 – and it is entirely possible that the next move in US interest rates is down!

The markets are also being supported by speculation that a ‘Brexit’ may not actually happen, believing that Article 50 of the Lisbon Treaty (which will officially start the process for EU withdrawal) might never be triggered.

In my opinion that is misguided.

Although I appreciate it could happen, either through:

However, if we don’t exit now, I believe we will be forced to leave at a later date as the direction of travel for Europe is around political integration, which the British public finds difficult.

The fact that all the Conservative leadership candidates appear to have realised this reaffirms my opinion that Article 50 will be invoked.

However, if you read between the lines from the many subsequent statements from EU leaders and the potential successors to David Cameron, a compromise outside membership, regarding free trade, will be negotiated.

In my view that deal will have to centre around immigration, as it was anxiety over immigration (and the EU’s refusal to give David Cameron a deal that would have reduced immigration into the UK) swung the referendum result towards ‘Leave’.  And it is interesting that all the leadership candidates accept that curbs are needed, but have all mentioned the positive impacts of immigration.

With anti-immigration political parties gaining strength across Europe (especially in France, Holland and Italy), it is possible that the EU will introduce some sort of reform, and this could allow the UK to impose a vague limit on immigration into the UK  in return  for unfettered access to the single market.  And we know from the European credit crisis that Europe, while tough, will be likely to compromise.

Whilst many don’t believe that there is any political goodwill left after the UK rejected the concessions given to David Cameron, following statements such as German Finance Minister, Wolfgang Schauble’s “In is in. Out is out”, it is important to stress that this isn’t solely an issue for the UK, it is a European issue.

Uncertainty always brings equity market volatility.  And I appreciate that over the coming weeks and months equity markets will be volatile due to the political uncertainty of a Conservative leadership battle and subsequent EU negotiations, as investors (and the media) separate fact from fiction and reality from threat.

While I cannot say when the current uncertainty and volatility will end, I do believe that if you are prepared to tolerate some potential short-term volatility, now could be an opportune time to add to your investments:  not only is a continuation of the current accommodative monetary policies a significant long term positive for equity markets, but I believe the impact of a Brexit on global economic growth will actually be modest and historically some of the biggest rises occur immediately after the biggest falls.”