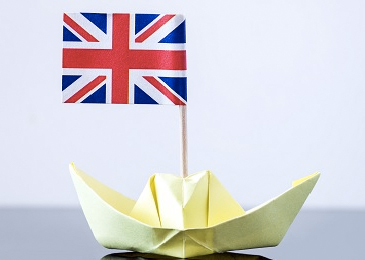 Ian Copelin, Investment Director comments “It is hard not to feel saddened at the consequences of the EU referendum ‘Leave’ vote as it has resulted in a fall in people’s life savings.  However, I am pleased to write that the indiscriminate selling seen in UK equities first thing this morning, when the FTSE-100 fell 549 points or 8.67%, has abated.  The FTSE-100 closed this afternoon down ‘just’ 199.41 points or 3.15% at 6,138.69.

I am not going to pretend that I have a crystal ball and can predict precisely how and when events will play out, however while markets are in shock at the vote decision, in my opinion, it is not as negative a development as the markets initial reaction implied.

The companies within the FTSE 100 Index are predominately multi-nationals, many of which only have a small exposure to the UK domestic economy.  And today’s sterling weakness will benefit their overseas earnings.

Despite all the ‘Remain’ campaign talk that UK GDP will be hit on a ‘leave’ vote, the economic impact is unlikely to be disastrous.  I appreciate that consumer spending will reduce and that consumers account for around 60% of UK GDP (so there will be a slowing of economic growth), but the weaker pound should act as a support for economic activity (as a weaker sterling makes UK exports more competitive) and should  make the UK a more attractive holiday destination.  Plus, the weaker pound (coupled with today’s weaker share prices), make UK companies more attractive as takeover targets for overseas companies.

In addition, the Bank of England (BoE) may quickly cut interest rates (potentially to zero) and restart its quantitative easing (QE) programme.  Although the weaker pound will push up inflation (as it increases the cost of our imported goods), I don’t believe that the BoE would increase interest rates, but instead will  view any inflation as a one-off effect and look past it due to the weaker growth and lower long-term inflation outlook.

Furthermore, global central banks are likely to keep monetary policy loose and may even add further stimulus.  For example, in the US, the Federal Reserve Bank (Fed) is now very unlikely to increase interest rates in July and due to the Presidential elections it is entirely possible that any increase is postponed until after November.  The Japanese Yen has been seen as a safe-haven and has strengthened strongly over the past 24 hours.  This may prompt the Bank of Japan to further increase their QE programme in an attempt to weaken the Yen.

In a defensive move ahead of the referendum I made client growth portfolios underweight UK equities (which means that clients hold a smaller proportion of their investments in UK equities than at which we are benchmarked), which means that they will be less affected by UK market volatility.

Unfortunately the media will be in a frenzy and it is highly likely that speculation will increase on topics such as:

In fact it would be wrong to assume that the UK will now definitely leave the EU – despite the referendum result, a second referendum on any improved EU membership terms may be a possibility.

The media will also focus on the fact that S&P Global Ratings has stated that it is reviewing the UK’s top credit rating (AAA).  However, any downgrade will bring the S&P rating in line with its major peers, Fitch and Moody’s, which both reduced the UK to their second-highest credit rating levels in 2013.

I do appreciate that the ‘leave’ vote will be of concern given the impact it has had on financial markets today, but as I stated in my earlier market briefing (titled:  ‘It’s Leave’), clients’ growth portfolios are invested across global equity markets and a Brexit impact on regions such as the US and Asia is marginal.

Furthermore, we take a long-term approach to investing, because the evidence shows that this leads to better outcomes for our clients and I believe that time in the market is more important than trying to time the market.  In addition, in the long-term, I firmly believe the UK economy will not only be able to deal with the decision to leave the EU, but continue to thrive (let’s not forget that the UK has experienced some of the strongest growth rates among the G7 nations since the financial crisis).

Consequently, I won’t be doing any knee-jerk reaction changes:  I don’t manage money on a three or 6 month view but rather what I believe is in the best long-term interests of our clients’  life-savings nor do I plan to make any changes to the my wealth investment philosophy or process.

Therefore, I would ask clients to look through this period of uncertainty and focus on the long-term opportunity which, in my view, continues to remain attractive.  For example, yesterday US economic data showed that fewer Americans than forecast filed for unemployment benefits last week, adding to evidence that the employment market is healthy and stable, while consumer confidence data climbed to the highest point since mid-March as Americans grew more optimistic about the economy and this improvement in sentiment coincides with a recent pickup in retail sales and house purchases.