5 things employees should consider before accessing their pension early. 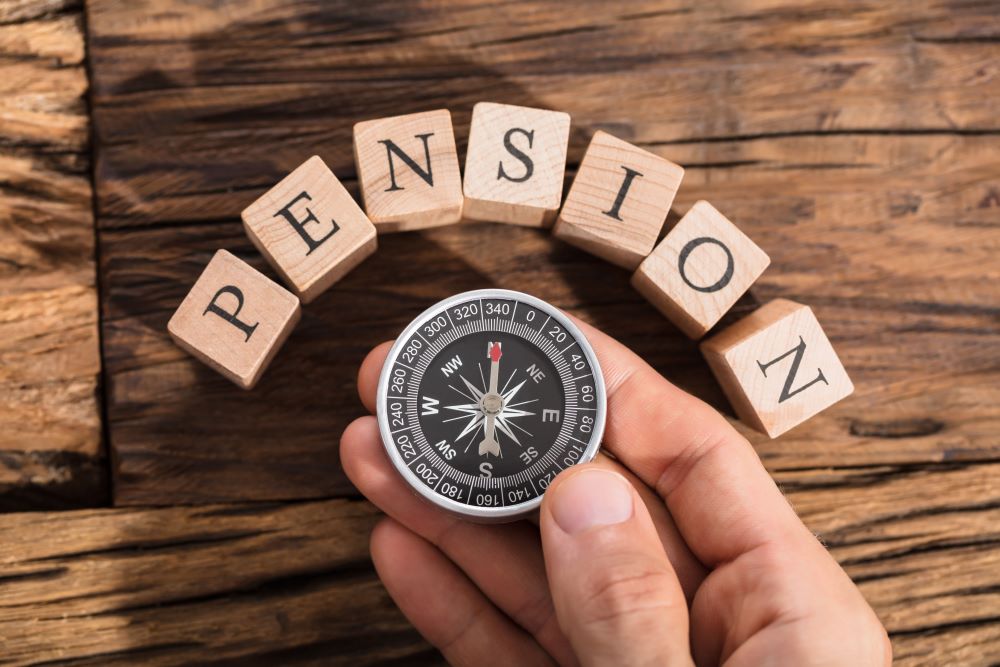 Although the furlough scheme was extended this month, redundancies were at a record level with 314,000 people losing their job between July and September. With many household incomes under pressure following the impact of coronavirus, it is very tempting for those aged over 55 to withdraw from their pension early as a way of supplementing a shortfall in income.

In fact, 347,000 people withdrew from their pensions throughout July, August and September 2020. This is a 6% increase on the same figures from last year, and a 2% rise compared to the previous three months, which is not the usual seasonal pattern.

There are significant risks involved when taking money from a pension and there may be better options available, so it is crucial that employees understand the implications first. To help with this, Jonathan Watts-Lay, Director, WEALTH at work, outlines 5 things employees should consider before accessing their pension early.

“Whilst some employees may really need the cash now, any benefits to accessing a pension early should be weighed up with the potential drawbacks such as paying significant tax on the withdrawals, drawing money from investments whilst markets are depressed, limiting the amount they can pay into a pension in the future if they want to rebuild their pension, and ultimately reducing the amount of money they will have in retirement.

In a situation where someone is really struggling to make ends meet, and has no other options, accessing their pension early could be a solution to consider, however it really should only be a last resort. It is important that employees consider all other options such as using non-pension savings, cutting back on expenditure or taking debt payment holidays through the government-backed recently extended mortgage holiday and debt repayment deferrals, and weigh up the best option for them to get through this difficult period.”

“There are a number of important tax considerations that everyone should be aware of prior to taking money from their pension. Firstly, up to 25% of a pension pot can be received as tax-free cash, however any withdrawals beyond this are potentially taxable.

There can be a huge difference in the income tax due when withdrawals beyond the tax-free entitlement are received.  For example, a person who receives small amounts from a pension whilst receiving no other income may be able to ensure these withdrawals are within their Personal Allowance. This could mean they pay no tax at all on their pension withdrawals.

However, if they were to draw large sums from a pension, particularly if they are still working, they may find they pay tax at 20%, 40% or possibly 45% on these withdrawals.”

“People spend most of their working life saving for their retirement, so it is a big decision how and when they withdraw money from their pension. Employees need to carefully consider if they will have enough money to last throughout their retirement. Most people live longer than they expect to, which means that they could be facing an income shortfall at retirement if they don’t plan properly.

The Institute for Fiscal Studies found that those in their 50s and 60s underestimate their chances of survival to age 75 by around 20%, and to 85 by around 5% to 10%. For example, men interviewed at age 65 believed they had just a 65% chance of reaching age 75, but the official estimate is 83%.”

“When someone draws money from their pension beyond their tax-free cash entitlement, a money purchase annual allowance is introduced.  For most people this means an annual limit of £4,000 will apply to all future pension contributions, instead of the usual £40,000.  If contributions beyond this limit are made, a tax charge will be due.  This could be particularly significant for employees who continue working and contributing into their workplace pension scheme.

The effect of the money purchase annual allowance will typically mean that it would not be practical for an individual to repay money back into their pension once they have withdrawn it, so it could be difficult to build it back up.”

“Unfortunately, scammers often see turbulent times like these, when people are concerned and vulnerable, as an opportunity! In July, Action Fraud reported that victims of coronavirus-related scams had lost over £11million, with it previously stating that pension scams had been among the most common type of fraud during the crisis. Victims of pension scams can be left approaching retirement with a significantly reduced income and in some cases, entire life savings can be lost.

It is important for employees to be on their guard. Scammers tend to sound completely legitimate and it’s easy to see why so many people are fooled. So, whatever employees are planning to do with their retirement savings, it’s vital they check whether the company that they’re planning to use is registered with the Financial Conduct Authority (FCA). They can also visit the FCA’s ScamSmart website which includes a warning list of companies operating without authorisation or running scams. Regulated financial advice can also offer added consumer protection should anything go wrong.”

Jonathan Watts-Lay, concludes; “There is a lot at stake for employees who are considering accessing their pension early. Many don’t realise the risks involved, and ultimately, employers and Trustees have a key role in stepping up and ensuring that individuals can make informed choices. Many leading companies are now putting robust processes in place including providing access to financial education, guidance and regulated financial advice, to ensure their employees receive the right support at the right time.”

Links to websites external to those of Wealth at Work Limited (also referred to here as 'we', 'us', 'our' 'ours') will usually contain some content that is not written by us and over which we have no authority and which we do not endorse. Any hyperlinks or references to third party websites are provided for your convenience only. Therefore please be aware that we do not accept responsibility for the content of any third party site(s) except content that is specifically attributed to us or our employees and where we are the authors of such content. Further, we accept no responsibility for any malicious codes (or their consequences) of external sites. Nor do we endorse any organisation or publication to which we link and make no representations about them.

By clicking continue, you agree that you are happy for us to use these cookies. Read our privacy policy. Alternatively, you can find out more about which cookies we are using or switch them off in settings.