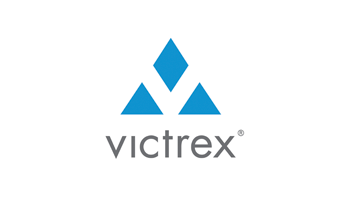 Polymer manufacturer Victrex launched a financial education programme in the summer of 2014 with the aim of engaging employees in the value of its benefits package, particularly its pension scheme.

WEALTH at work were brought in to introduce workplace financial education seminars for its three sites with content segmented into three categories based on employees’ ages.

Sally Knill, Head of Reward at Victrex, says: “The idea of breaking the employee population into groups so that we could target information was a key aspect.”

Seminars took place at employee away days which were held off-site. Employees were emailed in advance about which seminar they were scheduled to attend.

Sally added “Since the seminars have taken place the number of employees who pay additional voluntary contributions into the trust-based defined contribution pension scheme has increased from two or three a year to 17 in three months, which demonstrates the effectiveness of the strategy. The fact that the seminars were delivered by an independent provider also boosted the programme’s effectiveness.”

The programme will be fully rolled out every three years to support employees’ changing financial needs and aspirations as they progress to the next age group.

I joined WSB in a webinar to focus on the impact of the cost of living crisis in the workplace and the benefits of providing support for employees during these times. Watch it here. bit.ly/3Oc3lZO pic.twitter.com/Abwm…

It’s important investors consider and understand the risks involved with cryptocurrency investments, as well as the dangers of other high risk investments. It is always important to remember that if something sounds too good to be true, it probably is. bit.ly/3lkbM8m pic.twitter.com/SUDV…

About a month ago

The cost of living crisis is putting immense pressure on many. Take a look at our checklist on how employees can manage their money in these uncertain times. bit.ly/3LwOY0H pic.twitter.com/BWMF…

Our latest poll results have found that 95% of respondents believe it is becoming increasingly important to provide financial education and guidance to employees who are approaching retirement. Find out more here: bit.ly/38sodfk pic.twitter.com/j2T8…